Exclusivity, prestige and sheer engineering excess; there’s only one manufacturer that can claim top honours in all three and that’s Bugatti. 2017 should be the year that we get to see more details and hopefully some perspective from behind the wheel of the latest model, the Chiron. Here’s a refresher about the Molsheim’s latest hypercar in the meantime.

Italian-born Ettore Bugatti is widely regarded as revolutionary in the pre-war Grand Prix racing history books, having re-imagined the horse and cart-based layout of the cars of the era, producing a vehicle designs considered to be the very founding of today’s automobile. As well as the racers, Bugatti’s Grand Tourers displayed previously undiscovered levels of engineering and refinement.

Fast-forward the best part of a century and original Bugatti racers are considered the holy grail for vintage car collectors; however they’re not the only Bugattis lusted for. Following Ettore’s death in 1947 the company was all but finished, with numerous attempts to revive it over the decades. Modern Bugatti started in 1987 but it’s when Volkswagen purchased the brand in 1998 that things really began to get interesting.

In 2005 the Veyron 16.4 was launched as perhaps an elaborate ‘Top Trump’ exercise, but one that truly worked. The physics-bending 1001hp, 253mph technological powerhouse had Bugatti on the map once again. However with production of the Veyron ending in 2015, a replacement was needed.

2016 saw the first sightings of that replacement; the Chiron. Named after Louis Chiron, Bugatti’s most successful racing driver, it picks up where the Veyron left us, and then some. Yet again the numbers involved are simply staggering.

The Veyron’s 8-litre, quad-turbo V16 engine is carried over but for the Chiron has been heavily revised to produce 1,500hp and 1600nm of torque. This immense force is distributed through a 7-speed dual-clutch gearbox (again carried over, but strengthened and updated) meaning that the Chiron will hit 62mph in under 2.5 seconds from standstill, despite a curb weight of a whisker under two tons. 124mph is surpassed in 6.5 seconds and 186mph in less than 13.6. Keep your right foot pinned and you’ll find the electronic limiter at 261mph – it’s believed that without the safety-conscious electronics the Chiron would hit 288mph.  At which speed the 100-litre fuel tank will be in need of a refill every nine minutes.

As with its predecessor, the Chiron is built around a carbon fibre body structure. Eight headlights, six exhaust pipes and 21” rear wheels all sound like ingredients for something vulgar; but not here. Fail to enjoy the Chiron’s (somehow) subtle lunacy and you’re just not understanding what Bugattis of new are all about. It’s all a stunning exercise of over-engineering, just like its underpinnings.

Inside you’ll find every inch of the Chiron’s surfaces trimmed in the finest leather the world can muster, exotic carbon fibre or intricately machined aluminium and stainless steel. Behind the seats is space to hang your jacket or suit, and there’s a relatively sensible boot in the front too. A chilled glovebox and lavish sound system (with one-carat diamond membranes in each of the four tweeters) make it the ultimate tourer – or perhaps the world’s most elaborate commuter transport?

It may not come as a surprise that the Chiron isn’t cheap. It comes in at 2.4 million Euros – however, I have a feeling that the type of buyer going for it will have much the same attitude as the ones dealing in vintage Bugattis; money is no object. And you’d need more than just money to buy one too, as all 500 have already been sold.

Unfortunately with the exclusivity of the Chiron, like the Veyron before it, it’s unlikely that many (if any) motoring journalists will be handed the keys any time soon. For now you’ll just have to imagine that it’s like to drive; ‘fast’, one would imagine. A Bugatti has always been like nothing else, and it looks like the Chiron is set to continue that exquisite path. 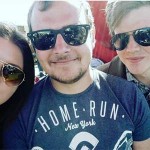 Porsche Unveils The Most Powerful 911 Of All Time – GT2 RS