Man Up – Do Some Men Find It Offensive

Do you as a man find the following  phrase offensive? Here are my thoughts on the saying Man UP. Why some might find this expression offensive, is often because it touches their identity.  Someone’s identity is about their core beliefs in themselves.  Our core beliefs are usually set by the time we are about 12 years old.  ‘Man Up’ seems to be a comparing statement, grouping all men and our expectations together.  It is a generalisation.

The statement ‘Man Up’ may suggest that someone is not OK as they are, not strong enough, or seen to be powerful.  They may be weak in some area.  Historically men have been the stronger of the sexes, more so when we talk about physical strength.  Let’s be honest, nobody wants to feel that they are not good enough in any way, and especially in a male dominated kingdom where men should be macho, in control and strong.

Depending on who says ‘Man Up’ can also have a big impact on the way in which it is received.   Possibly most destructive could be Alpha Female, to Male in a hierarchical work situation.  So when your lady boss tells you to ‘Man Up’ when you are having problems dealing with members of your team – this may be difficult to hear and respond to.

In a domestic situation it can be a demeaning put down, bullying or used as an emotional weapon where another person is seeking to gain or keep control.

Interestingly enough, trying to encourage people to stop using the saying ‘Man Up’ isn’t necessarily the answer, although in an ideal world it would be better if people didn’t use it.  It is much closer to home.  How we respond to any comments made by others really depends on how comfortable we feel within ourselves.  Being the best we can be can help build our confidence, and such things as getting enough rest, eating as healthily as we can, taking regular exercise and learning to communicate effectively are all starting blocks for building self esteem.  Really being happy and content with who you are brings about real resilience.

Being Open to Constructive Criticism

Try being open to constructive criticism and learning to respond in an appropriate way, as opposed to over-reacting.  Asking someone to explain what they mean specifically and what solutions they can offer is a good response to being asked to ‘Man Up’, which can remove some of the drama and emotion.

The more men feel comfortable with who they are and their unique differences, the less likely people will be bothered by what other people think.

Ultimately, being comfortable with who you are will stand you in good stead and if this is some thing you struggle with you may want to consider professional help in this area, such as coaching, counseling or another talking therapy. 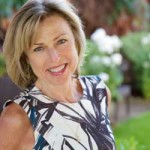 I trained as a registered nurse and worked for many years as one of the unsung heroines of the health industry. I had a family and juggled a job, house, husband and kids just like millions of women do

I Bought A Homeless Man Some Pants. 6 Months Later He Broke Up My Marriage

Suits of the future – How Is Technology Influencing Our Tailoring?