What Does Feminine Male Fashion Say About Men?

Men Style Fashion published an article posing the question, ‘Has men’s fashion become too feminine? https://www.menstylefashion.com/mens-fashion-has-it-gone-too-feminine-2012/’ My answer is an unequivocal “Yes.” I’ll add that it matters as well. If it didn’t, and this were just a matter of my own taste, I’d end my statement here. I’d vote with my wallet by filling my closet with sports jerseys and let the market adjust.

I think the larger issue is, “Why has men’s fashion gone feminine at all?” “What does it mean?” And, “Does it matter?” Go one layer deeper than these questions, and it’s a debate of whether art is reflecting culture or shaping it. I could probably argue this both ways, but I think these feminine trends are largely reflective of changes in culture.

Over the last +/- 30 years, society has paid a lot of attention to reigning in the negative traits of males and rightly so. But, did we go too far? If we use the art of fashion as a barometer, I’d say we’ve thrown the baby out with the bathwater. We’ve moved well beyond confronting the destructive elements of male aggression and misogyny and, because of fear and ignorance, continued to attack masculinity in general and healthy male expression.

In the world of fashion, we see the effects of the changing attitude toward men in the diminishment of the male form itself. The classic V-shaped body accentuating strong shoulders and a healthy waistline has been replaced by a narrowing of the shoulders and expansion of the hips creating a more feminine shape.

Consider the classic men’s suit coat. A subtle example is the world-famous, male icon Cristiano Ronaldo. The entire galaxy has seen him in nothing but his underwear and he’s got an ideal, V-shaped body. But, in this D2 jacket his shoulders have narrowed and his waist raised to accentuate the hips having a diminishing effect on his masculine form.

A more obvious example comes from Roccobarocco. Again, we have slightly narrowed shoulders and an expanded waist to eliminate the V-shape. The colours and patterns don’t leave any doubt which direction these designs are going.

Add a purse and you have the final nail in the coffin of masculinity.

There are thousands of photos from the runways of Paris and Milan to illustrate my point that much of men’s fashion has been feminised. Too much so. However, despite whether I make an argument or not, a reasonable question would be, “Does it even matter?”

To that, I offer another unequivocal “yes.” Feminised male fashions have an adverse effect on masculinity and males by extension. Masculinity is important to our species and fashion serves a tool in fulfilling our purpose. A simple example: the right clothes make a woman feel desirable and more open to the opposite sex. In the same way, great masculine style adds to the sexual confidence a man needs to walk up to that woman, get a phone number and preserve the yin and yang of the universe.

I’m not suggesting that simply changing clothes will instantaneously solve any problems masculinity and men may have. But, it is important to know where we are as a gender. If fashion reflects culture and society, then it might be a useful mirror from which to see ourselves. Then, with clear vision, we men can decide whether or not we like what we see. 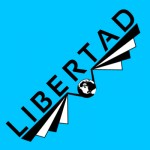 Libertad Apparel is a new men’s travel wear company.  We combine high-performance functionality and elevated style so you don’t look like a backpacker at the Sumo match in Tokyo, or a lumberjack at the café in Paris.  Join us on our journey from concept to crowdfunding http://libertadapparel.com

Are Second-Hand Shops Becoming First Choice On The High Street?

12 Signs of Depression In Men