On several occasions, I am asked where to go to get shoes. To try and get a feel of the personality of the guy who is asking, I follow up with a few style questions to get to a closer point of exactly what he is looking for and also what retailer I should refer him to. More often than not, Cole Haan comes to mind. At the suggestion, their faces light up as if they’ve just gotten the best idea and then they set forth on their way. It seems to be one of the better-kept secrets; a precious gem for those who know and an even better one for those who are still discovering.

Cole Haan has often been associated with an older crowd which can translate to boring to today’s youthful generation.  Over the past year, Cole Haan has managed to re-shape its brand to welcome a new age. With advertising that encourages the use of technology for more interaction with the brand by posting the hashtag “Don’t Go Home”, Cole Haan is making its mark as a forward-thinking brand that understands what the people want and is willing to deliver.
With a New York attitude that resonates with all walks of life anywhere in the world; pushing the envelope on the “stay up all night” undertone, Cole Haan is not going anywhere. Although the change in the brand perspective was needed, Cole Haan is only proving that change is inevitable but that doesn’t have to be associated with anything negative. The message being sung here says to us that success can be reached at any hour on any path you choose to walk.
Cole Haan has many offerings for every gent from classic loafers to laced boots. And with NIKE AIR technology infused into most of their options, comfort is not a matter to lose sleepover.

Loving the detail in these Cooper square-2012 wingtip

A simple and classic monkstrap always makes the right impression

This classic loafer gets a stylish update in a cool grey that gives no hint of boredom.

One special offering is the LunarGrand Wingtip.  Classic broguing gives a sophisticated edge to the design.
What brings this shoe to full height is it’s stylish pop of color on the sole that just attracts attention in the coolest manner. 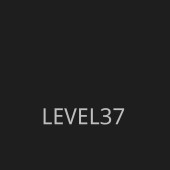 Bryant De Berry is the founder of Level37 and is the Executive Editor of Style Mode Magazine.