Corporate Fashion – Tattoos And The Boardroom

A good friend of mine once said to me ‘I will never take anyone with tattoos and piercings seriously in business’. Following this statement they received an earful from yours truly, nevertheless it got me thinking, this is the opinion of the majority not the minority. However I believe that this is an opinion that is changing.

One of the main reasons attitudes are changing towards tattoos in particular is because they are receiving a lot more media attention. A key person who has helped shift the perception of people with tattoos is England’s golden boy David Beckham. Over the past few years David Beckham has adorned his body with a variety of artwork, not only has this brought tattoos into the spotlight for the right reasons but has also shown that those with tattoos aren’t all thugs and ex-criminals.

Another man who is helping change attitudes to tattoos amongst many other things is the style powerhouse that is Ricki Hall. Working with major brands Ricki Hall has shown that not only can tattoos look stylish but down right gentlemanly. Hall is just one example of a new breed of model that are invading catwalks and ad campaigns.

A Long Way To Go…

Although attitudes are changing, they have not fully changed, which is something worth considering when going for your next tattoo. I would suggest getting your ink in a place that can be concealed by your work attire, as many companies do still have reservations about hiring someone with visible tattoos or piercings.

If you are considering a tattoo that may be visible when you’re wearing your work attire it may be worth asking your employer their feelings on this. I have worked in environments where visible tattoos were acceptable and environments where people have lost their jobs over their new ink, so it is definitely worth checking.

Another thing to consider is how appropriate your tattoos are, you will have heard for the saying ‘dress for the job you want’ well I propose a new saying ‘ink for the job you want’, if you know that you want a job in a corporate environment, it is likely that they will not appreciate expletives tattooed across your knuckles. 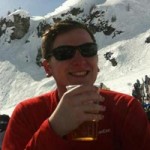 'Fresh out of university and into the corporate world Darrian is a freelance writer with passions for snowsports, travel, food and of course men's fashion. On men's style Darrian comments that 'style should be unique to a person, you can draw inspiration from others but ultimately you should develop your own personal style'. Darrian can be contacted via his Twitter account @DarrianZJG.

Opera and Fashion – How To Stop the Decline

Mark Powell – How Not To Be A Try Hard